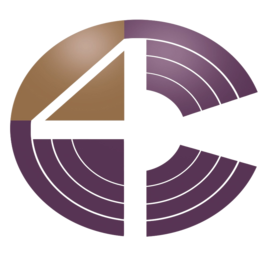 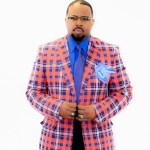 Ahmad Jamal Dawson Sr, is the fourth child of Bishop Harold and Evangelist Mattie P. Dawson. He is known to deliver the word of God with prophetic insight and has proven to be an extremely prolific voice with a ministry that crosses cultures, genders, and all ages.

Though he was ordained before he was formed in the womb, the manifestation of that ordination didn’t take place until 1995. While pursuing his bachelor’s degree in Mass Communications at Illinois State University, he was advanced to the position of International Youth Overseer of New Hope International Ministries with responsibilities that included overseeing the youth ministries of over 140 churches.

In 2000 he became the Assistant pastor of New Hope International Ministries, Atlanta, GA. and worked very closely with his father. In August of 2005, after much prayer and fasting, the Spirit of the Lord led Ahmad Dawson to step out on faith and embrace a dream of birthing a congregation of worshiping witnesses and destiny driven believers who would impact nations for the kingdom of God.

While the C4 church is a local establishment, its reach spans the globe. Because the church at present represents 7 other countries and in lieu of the apostolic anointing that rests upon his life, Pastor Ahmad yielded to the leading of the Spirit of the Lord to form a global network of churches that would empower pastors to be change agents in their countries. Thus, CGNC was born. Citadel Global Network of Churches is a growing Pastoral Fellowship established in the United States and has over 50 pastors within its network. Citadel Global Network of Churches covers the United States, as well as the continent of Africa. These Countries include Malawi, Mozambique, Zambia and Abidjan, Côte d’Ivoire, and the Ivory Coast.

Since his affiliation with the Full Gospel Baptist Church Fellowship International he serves as the 1st Assistant to the International Bishop of Marriage and Family, Bishop Stephen B. Hall.

Ahmad Jamal Dawson, Sr. is a song writer and author. He has written three books and a devotional entitled “The Silencing of The Seed” (a book to encourage Pastor’s kids who struggle growing up in the parsonage and yet keeping their identity), and the second entitled “Apprehending Hidden Inheritances” (a book about achieving purpose and being released into your destiny, and his latest work “21 Days to Spiritual re-Alignment”.

Ahmad and Jewel live in Roswell, GA. with their three children Ahmani, Ahmad II, and Autumn.